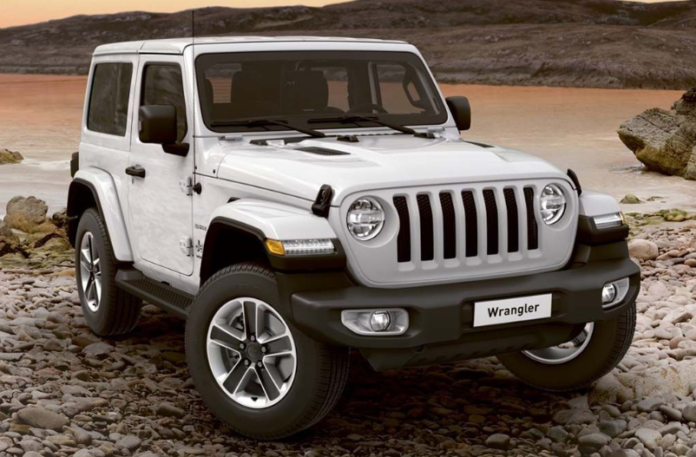 Jeep is one of the most popular American vehicles. Not many people know the history of the Jeep but today it’s known as a patriotic automaker. It grew from a warm vehicle into one of the recognizable American brands, but the journey to its transformation into this was not easy. If you’re wondering who owns Jeep, the company has been owned by a bunch of different other companies, and it’s been so many that some have called it the “Jeep Curse.” Here’s the history of Jeep and the chronicles of its owners.

Jeep has a history that’s as deep as American history is. It’s been a part of some of the major historic events of America and these events led to its evolution into what Jeep is today. Jeep has been around for around 78 years and it’s birth is a long, complicated story. In general, on July 16th, 1941 the Willys Overland Motor Company of Toledo, Ohio received the contract to produce the first Willys MB for the American Military.

The car played a role in World War II and it was used for many things on the battlefield. Because it was fast and nimble, it could handle just about any terrain. Even when it got stuck in the terrain, it was light enough for the soldiers to live too. It towed anti-tank weapons that were deported quickly and it could mount a machine gun if they were fighting.

The car also did a great job of serving as an ambulance on the battlefield. It got around rivers and lakes to come ashore and it carried many allies during many important battles. Post-war, the life of the jeep has been a trail of different successes and failures as it bounced from owner to owner.

To get more in-depth about its pre-war history, it had a long complicated origin with some of the companies. Some of the facts are disputed, but most of them are proven. When World War II began in Europe and Asia the war department recognized that the army needed small reconnaissance vehicles and it put out requests for proposals from automakers in America. A small car specialist responded and one of them were the original owners of the Jeep. The first prototype of the Jeep was developed by Bantam following the request of the military.

It was a quick design that was made in about 18 hours from Karl Probst, an auto designer from Detroit. The war department had other concerns about the design meeting the military’s capacity and it invited Willys- Overland and Ford Motor Company to bid on this vehicle contract. They used the designers outline as a guide and allowed engineers from other automakers to inspect and measure this vehicle.

Each automaker made a vehicle that was intended to meet the department specifications but the success varied in results. One company made a powerful engine which gave it a powerful advantage. Another company had better craftsmanship and it featured parts that the war department judged and used for improvements. The original design was now updated to be the lightest and most fuel-efficient vehicle possible.

After a second production contract, more than 637,000 Jeeps were built during World War II.

Following the war, a Jeep became a civilian vehicle. The company began producing these repurposed military vehicles and several generations for about four decades. The civilian Jeep, as it was called in its first generation, was later replaced by the Wrangler which is still around today.

The company began to create an entire lineup of Jeep vehicles that began Jeep’s transition into its own brand. They rolled out some unique designs including a station wagon in 1946, a pickup truck in 1947, and a small convertible that was designed to look like a regular car. The concept of car Jeeps would be revived again decades later as Jeep began making crossovers.

The brand proved to be very resilient and in 1953, it was handed off to a new company and its long legacy of owners began.

Jeep has had a long list of owners over the years.

From 1941 to 1963 it was owned by Willys- Overland. Willy’s- Overland and Ford Motor Company essentially go from American Bantam. This makes American Bantam both Jeep’s parent and the first of its owners. The origin of the Jeeps name came from them and some say that it’s named after a Popeye comic strip character, but others claim it is just a phonetic combination of the letters G and P, which was a military abbreviation. The name didn’t become official until 1950 when Willy’s was awarded a trademark for its name. Then in 1953 Kaiser- Frazer purchased Willys- Overland for 62.3 million US dollars. Willy’s produced the last of its passenger cars in 1955, but the Jeep rise continued following that. In 1963, the Willys name was dropped from the ownership entirely and the company became known as Kaiser Jeep International Corporation.

In the 1970s through 1987, American Motors Corporation owned Jeep. By 1977, the company was suffering from a staggering 73.8 million US dollar loss over two years, but a 1977 Jeep sold 124,000 vehicles in the United States. Even after the success, the French company ran out bought deep from the American Motor Company in 1979. They still sold to Chrysler in the end. Chrysler owned Jeep from 1987 to 1998

Chrysler under new leadership bought American Motor Company for 1.5 billion dollars in 1987. Jeep was estimated to be worth 150 million at the time. A few years earlier Jeep had produced a new significant and popular model, the XJ Cherokee. The American Motor Company transformed into Jeep Eagle and this lasted about a decade. He continues to do well and earn Chrysler a lot of money.

Daimler merged with Chrysler for 36 billion dollars in 1998. Jeep reliably sells about half a million vehicles per year in the United States around this time. Then Daimler in an effort to get away from Chrysler in 2007 was sold to Cerberus Capital Management from 2007 to 2009. This company has zero experience running a car company so things didn’t end well.

Now we get to the present. Fiat Chrysler automobiles from 2009 to the present owns Jeep. In 2 years Cerberus filed bankruptcy and was rescued by the United States government. The company emerged from bankruptcy thanks to Fiat. Dodge sales declined, dropping nearly a hundred thousand vehicles in 3 years. Chrysler brand sales decreased drastically also in the same period of 3 years. However, Jeep sales doubled at that time.

What Changed Under New Owners

Under Chrysler, following their emergence from bankruptcy in 2009, they recognized the value of the Jeep and began to increase its potential. They sent out to fix problems in the lineup. They improved popular cars like the Compass and the Patriot and invested in the Grand Cherokee. Changes like this improved its interior, and let you go architecture and powertrain but you feel too many new buyers.

The Jeep Commander is life from the lineup and it was replaced by the Liberty. It also added a subcompact to its lineup called the Renegade and it wants to expand Wrangler into a family of derivatives which means that many people would have more car options. And I’ll soon right back the Wagoneer and the Grand Wagoneer to compete against luxury SUV makers. Jeep has set a record for Global shipments in 2016 and they continue to follow that year.

Now Jeeps are mostly made in America. They have production plants in six different countries. They also sell vehicles in over a hundred and forty countries. These plants are located in the United States, Brazil, Mexico, Italy, China and India. The international facilities make transmission and powertrain components mostly but the majority of the assembly itself occurs in the US.

The Fiat Chrysler automobile company that owns Jeep made a deal with the European car Alliance. This merger happened in late 2009. PSA group is a French automobile manufacturer and they own Opel, Vauxhall, DS, and Citroen.

Businesses determined this to be a smart industry consolidation, but it is too early to judge whether that is correct. The newly-formed company promises many strengths and efficiencies that were new to the company. They also established the creation of the fourth largest automaker in the world. The company will encompass brands like Jeep and RaM as well as the Alfa Romeo Romeo, Maserati and Peugeot.

The merger happens at a time when cars are being redefined in many different ways. To work well the company is listening to the customers telling all of the auto and technology companies since they’re telling them what they want. Increasingly, vehicles are being equipped with the things that customers want like cameras, microphones, and sensors. Newly connected cars can find parking spots or places to have dinner. Cars can even now speak to one another and share information about driving conditions.

There’s still a lot that is not known about this merger. This was set in motion in December 2019 and it won’t be completed until late 2020 or early 2021.

With a lot of newcomers and additions to the Jeep line, there’s no telling where the company will go. Especially with the new merger, information about the shooting of Jeep is unknown. Other than that the company continues to be exceptional and one of the best when it comes to ingenuity. With customers wanting electrical cars and new technology being developed to be integrated in cars, there’s no guessing where Jeep will go.