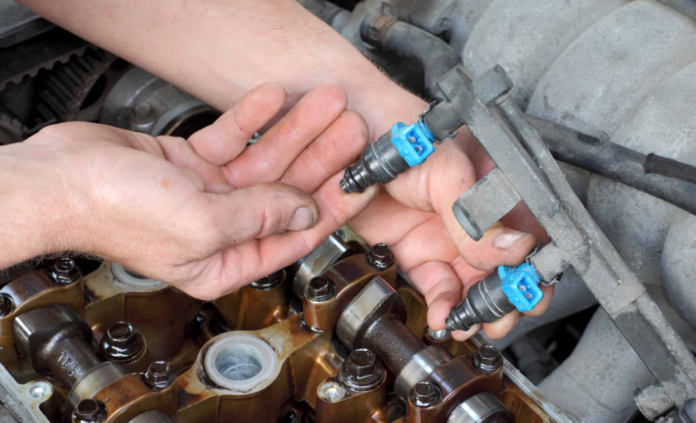 If your oil smells like gas when you go to replace it, this can be alarming. The first thing you need to know is that it’s quite normal for your oil to smell like gas – as long as you have a gas engine and nothing else. If you’re wondering why this is happening, there are a few reasons. Chances are that you won’t have to take your car to the dealership but if the reason is severe, you’re going to have to. Your engine has moving parts and these parts rub against each other – this creates friction. The oil lubricates the engine and absorbs the heat that’s made by the rubbing parts. This allows the engine to run efficiently without it overheating.

The oil also works like anti-freeze and it stops your engine from overheating. It does this by limiting the friction made by the components of the engine and the heat is spread through the engine and the focus is removed from the concentrated areas to stop it from overheating. The oil in your engine also works as a cleaner and collects debris and deposits it around the engine. The debris can clog up the components of the engine and cause more friction which will lead to overheating. The gas in your car is injected into the combustion chamber with some air let in by the intake manifold and the air-fuel mixture is ignited by the spark plugs and the ignition coil. This allows your engine to run efficiently and it allows you to keep driving. Since your oil and gas aren’t stored in the same place, if your oil smells like gas, this is a problem that you need to check out.

Although this shouldn’t happen, a small amount of gas leaking into your oil pan is quite normal and it’s nothing to stress about. If the combustion chambers are constantly receiving a fuel and air mixture, it’s normal for some fuel to get into the oil.

As mentioned earlier, gas leaking into your oil pan is a normal occurrence but it’s best to be safe rather than put your engine into trouble. When the oil temperature gets too high, gas will come out as vapor and leave the engine. If the oil doesn’t reach high temperatures, this is caused by you not driving with enough power over a long distance. This means that the gas won’t leave the engine as vapour and the only other place for it to go is the oil pan. If this is the situation you find yourself in, you need to replace your engine oil and filter – you need to drive at a higher RPM over longer distances. If you don’t get a chance to do this, rather than changing your oil over a long period of time, you should change it over shorter periods of time.

If you don’t change your oil frequently enough, more gas is going to continue leaking from the combustion chamber into the oil pan. The more gas that builds up and leaks into the oil pan, the stronger your oil will smell of gas. To prevent this, you’ll need to change your oil regularly. On average, the oil is meant to be changed every 5000 miles and if not changed, gas will continue to leak into your oil. An oil change will also benefit your car in other ways. Your engine will overheat less because the new oil will prevent friction between your engine’s components. It’ll also do a better job at cleaning your engine than old oil.

The fuel injector sprays fuel into the combustion chamber so that the fuel-air mixture can be created. From here, the spark plugs will ignite the mixture in the cylinders. The injectors are controlled by the computer and it lets just the right of fuel into the cylinders. They’re also controlled by a solenoid. These solenoids are mechanical and if the solenoids get stuck in the open position, the gas will leak into the oil pan due to the watery properties. If the gas flows out in excess amounts, the excess will just go into the oil pan. Since the fuel injector is the delivery system for the fuel and it needs to work continuously to bring fuel into the engine, if there’s anything wrong with them, this can cause problems within your car.

If your car has a Carburettor, then it’s going to work differently. A faulty carburetor is going to send a lot of gas into the Carburettor and the excess can will leak into your oil tank. This can also damage the spark plugs and cause your engine to misfire which can lead to long term damage of the engine. To check if the carburetor has problems, you’ll need to take out the spark plugs and inspect them. Check for blackening or dullness and if you notice any signs of wear, you’ll know that the carburetor is faulty. If your car is old and you have mechanical fuel pumps, then you need to work harder to get the plugs out.

Added Gas Instead of Oil

If you accidently added gas where your oil is meant to go, then your ‘oil’ will obviously smell of gas – because it is just gas. This is a rare situation that can occur, and it usually happens when you’re distracted and aren’t focusing on what you’re doing with your car. Another common way this can happen is if you use the same canister for oil and gas. If you do this without cleaning your canister, then some gas might go down with your oil and this will leave your oil smelling like gas. In this case, you need to make sure that you use different canisters for both your oil and gas. If you want to use the same canister for your oil and case, you need to make sure that the canister is completely clean of gas before you put oil in it.

When your engine misfires, the air-fuel mixture isn’t being ignited properly in the cylinders. If one of your cylinders fail to fire correctly in the engine due to the improper mix of fuel and air, a misfire will occur. When this is happening, you could feel a jerk in your car.

Failing to maintain your vehicle can cause components to break and this can lead to the oil smelling like gas because of a leak. If you want to ensure that your engine has longevity, you’ll need to make sure that you’re doing the right checks on the engine and other components in the car. Failure to maintain the vehicle and having problems that cause the oil go bad due to the gas leaks and this can put the engine at risk. If the engine is deprived of oil, this can cause it to blow and we all know how expensive an engine rebuild is.

If you want to avoid engine problems or any other problems and save $100s of dollars that you’ll spend at the auto repair shop, you’ll need to service your vehicle often – you can use our mechanic-rated Auto Maintenance and Repair Manual to do this. It’s basically what mechanics use to go through your vehicle to check if there are any problems that need fixing. As soon as they notice the most minor problem, they’ll ask you to fork out some money even though it’s a problem you can fix yourself in minutes – the manual will teach you how to maintain your vehicle every few thousand miles and it’ll teach you how to fix minor problems that mechanics will ask you to pay for; saving you money in the long run.

What Happens When Oil and Gas Mix

If you’re getting your oil changed and you notice a strong smell of gas when you’re pouring the oil out, too much oil mixed into the gas can cause problems with your car. There are a few symptoms that you’ll notice when your engine isn’t using pure oil and is using some gasoline instead.

You’ll be able to smell a strong smell of fuel whilst you’re driving your car – since there can be things like out leaks due to excess oil leaving the chamber, you’ll be able to smell more gas than normal. If there’s smoke coming from the exhaust in many different colors such as white, or blue, this can indicate that there’s gas leaking into your oil. This is because the crankcase will push the oil into the combustion chambers, and this can cause the oil to burn inside the engine and exist through the exhaust pipe.

If you continue to drive whilst your oil is mixed in with the gas, then you’ll notice a few things go wrong in your vehicle. When the oil has been mixed with the gas, the quality of the oil will deteriorate quickly, and you’ll notice the same symptoms as if there was no oil in your car. In this case, you’ll need to get the problem within your car fixed as soon as possible to make sure that your engine doesn’t suffer in the long run.

Knocking Noises – if the quality of the oil has deteriorated due to the gas, there will be more friction with your engine components due to a lack of lubrication. Since there’s no lubrication, the engines rods will be loose, and this is what keeps the pistons tightly secured. If the rods do become loose due to a lack of lubrication, they’ll be thrown around inside the engine and this cause knocking sounds. So, if you hear knocking sounds within your engine, it’s a sign that there’s a problem with the oil.

Burning Smell – There are a lot of moving components in the engine and if they aren’t lubricated, there will be a lack of friction between them. Since there’s only metal components in your engine, when they start to rub against each other, a lot of heat will be created, and this will give off a burning smell. Since the oil has been mixed with gas, the oil will lose its properties therefore it won’t be able to lubricate your engine properly.

Engine Failure – the worst-case scenario that could happen because of a bad quality oil will be engine failure. If the engine has overheated due to too much fiction, this can cause the engine to fail and once the engine fails, you’ll need to replace it. This is why you want to check what’s causing gas to leak into your oil so you can avoid the worst case scenario.