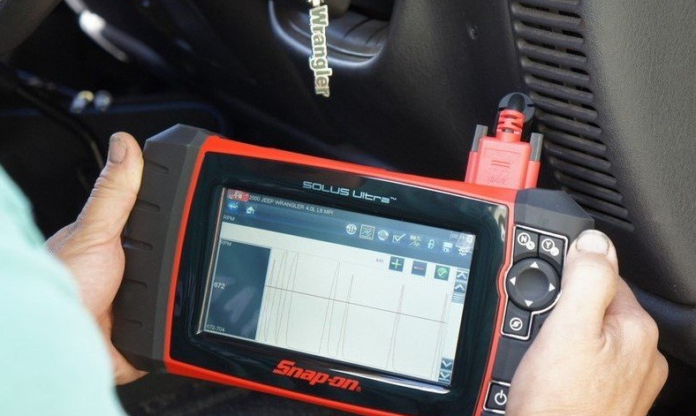 Every automobile owner would love to know exactly what is wrong with their vehicle when something malfunctions. Every regulator would love to know how many emissions a vehicle will emit before it makes it to the dealership. For the latter reason, the OBD frameworks were established for automotive performance monitoring.

The mission toward emissions control was top priority in California, where motorists who could not pass the emissions test would not be able to register the vehicle. General Motors (GM) had already experimented with the Assembly Line Diagnostic Link (ALDL) with 9 pins, which was similar to the OBD concept. Once the OBD system was activated for automotive monitoring, the concept took hold in other circles, and the OBD codes changed the way vehicles are diagnosed.

Volkswagen introduced the first OBD Computer with scanning to the Type 3 models in 1968. A few years later, several agencies contributed to the birth of on-board diagnostics for automobiles, to include The Society of Automotive Engineers (SAE), the California Air Resources Board (CARB), the Environmental Protection Agency (EPA), and the International Organization for Standardization (ISO). The California Air Resources Board (CARB) created the first OBD system toward the management of automotive emissions.

The first OBD1 system could only monitor the EGR system the oxygen sensor, the fuel delivery systems, and the engine control module. The focus of the first system was emissions control rather than common automotive functions. However, the data link connector (DLC) universalized the connection for most vehicles, to a certain extent. The system became mandatory by 1996.

The OBD system turned out to be much more than a gauge for exhaust emissions. Technicians could identify malfunctions by downloading the stored information using a scan tool. The codes expanded to diagnose much more. There are several monitoring categories in the OBD:

Emissions is a large reason why the OBD automotive application has been pursued. Older vehicles were omitting many fumes and environmentalists became involved in the regulatory processes in the automotive industry. More than half of the air pollution is caused by about 20% of the older vehicle population. Another reason for OBD is to help technicians make early, more accurate diagnoses and repairs of malfunctions in a vehicle. The OBD also reduces trial and error, the number of unnecessary repairs.

OBD1 is the original automotive diagnostic monitor, which emerged as a mandatory component in California in 1991. Also referred to as the first generation OBD device, the OBD1 allowed different manufacturers to use personalized codes to label malfunctions. Ford and Chevrolet would use different OBD1 Diagnostic Trouble Codes (DTCs) for their brands. Vehicles manufactured before 1995 commonly use the OBD1 DTCs. Any American vehicles made and sold from January 1, 1996 use the OBD2 system.

Note: You can connect a battery charger to your vehicle during this process to ensure full voltage while the ignition is ON.

The OBD1 codes could be read with or without a diagnostic scanning tool. To read the codes without the tool, a short can be created between pins A and B. You can use a jumper wire or a paper clip to create the short. Turn the ignition ON, but do not start the engine up.

The short will cause the automobile to enter diagnostic mode. The Check Engine Light (CEL) will flash numerous times. The codes will begin with code 12 (one long flash and then two short flashes). Code 12 means the system is normal . If your system has no problems, the 12 code will continue to repeat. If you see other codes after the 12 has flashed three times, you have issues. Count the flashes to see the problem codes and write them down. When you have received all of the trouble codes, you will see code 12 – 1 flash * pause * 2 flashes. This means you can remove the jumper wire from pins A and B. Remove the battery charger.

Compare your codes to the trouble code chart:

Once you have identified the problem(s) with the automobile based on the OBD1 codes, you can develop a strategy to fix them. Make sure you have disconnected everything and turned the ignition switch OFF. To erase the codes, disconnect the negative battery terminal for a second or two. After you have fixed the problem, drive your vehicle and scan for the problems again to see if the code flashed again.

Note: If your vehicle is a FORD, you can use the DLC in the engine compartment. The compartment is located near the battery side fender. Use a jumper wire and light and follow the same steps mentioned above to perform key on engine off (KOEO) and key on engine running (KOER) test.

Why You Have OBD1 Codes in the First Place

The main reason why you have codes to read in the first place is because there’s a problem in your vehicle and this has sent a signal to the diagnostics unit and the problem has been stored as an error. The most common reason why people have problems with their cars is that they fail to maintain it. Maintenance is a compulsory thing that needs to be carried out by every car owner and if not done, certain components will fail and this will be expensive to repair at the dealership.

If you want to avoid problems or other issues and save $100s of dollars that you’ll spend at the auto repair shop, you’ll need to service your vehicle often – you can use our mechanic-rated Auto Maintenance and Repair Manual to do this. It’s basically what mechanics use to go through your vehicle to check if there are any problems that need fixing. As soon as they notice the most minor problem, they’ll ask you to fork out some money even though it’s a problem you can fix yourself in minutes – the manual will teach you how to maintain your vehicle every few thousand miles and it’ll teach you how to fix minor problems that mechanics will ask you to pay for; saving you money in the long run.

Gone are the days of jumper wires and counting flashes! And good riddance, as obviously every vehicle owner is not super mechanically inclined. The OBD1 Code Reader (view on Amazon) will text you the information in no time at all. Once you hook the Reader to the DLC, the codes should display on the Reader. If you take your vehicle to a repair shop, there is a good chance that they will use the same OBD methods to diagnose the problem. The only difference is the repair shop scan will not be free. Learn to do your own diagnostic tests before you pull up to a garage so that you will have a head start on getting your vehicle right.

The OBD was pioneering in what we call diagnostic maintenance today. By 1988, the CARB was successful in legally requiring the OBD capability in all California vehicles. Yet, some would say that OBD1was unsuccessful, largely because the OBD1 system had not been standardized.

As the first run, it was to be expected that the OBD1 would have to evolve. There are many different models of OBD1 Reader on the market with different pricing. Mechanics caught the brunt of so many different manufacturer OBD1 codes, as they had to familiarize themselves with the codes for each manufacturer. The fuel-injected Cadillacs do have inbred on-board diagnostics that provide a vast array of information on the Electronic Climate Control Display. However, the Chrysler models seemed to require the simplest application.

An additional setback to the first generation OBD1 was a limited amount of issues or malfunctions which could be identified. The OBD1 could identify most evaporative emissions, dead catalytic converters, or ignition misfire problems. Truth is, the OBD1 became obsolete when OBD2 evolved. Most automotive parts stores will direct you to a convertor cable so that you can redirect your 12 pin OBD1 to 16 pin OBD2. Stay tuned for our take on the OBD2.