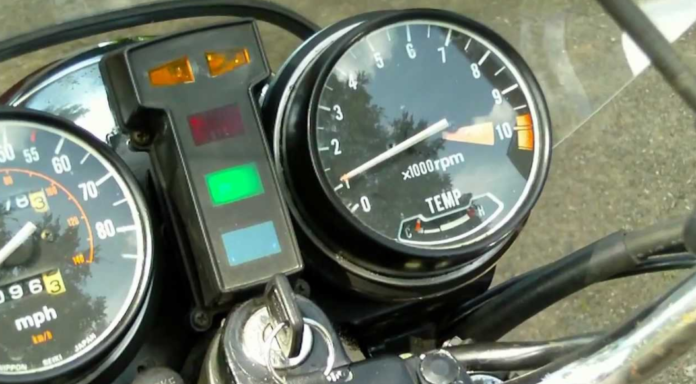 For optimal performance in the engine, a critical balance must be reached between air and fuel mixtures when your engine is running. Too high or too low levels are referred to as “running rich” or “running lean” respectively. A regular internal combustion engine receives fuel delivered by the compressor through the combustion chamber. When the fuel comes in contact with a constant stream of air, combustion occurs. Lean and rich mixtures refer to the fuel to air mix. Typically, the mixture indicates a ratio of 1-part fuel to 14.7 parts air when at optimal performance. 14.7:1 air to fuel.

The ideal mixture will then ensure that all the fuel and oxygen are burnt as the quantity of fuel consumed is determined by the amount of air present during the combustion process. The standard ratio for a mixture of air to fuel is referred to as the stoichiometric ratio.

Air to fuel ratio of 14.7:1 is deemed the correct blend or stoichiometric air to fuel ratio. However, it is common to have an imperfect blend where fuel runs rich or run lean. These occurrences can lead to a significant low fuel economy or cause severe damages to your engine. For these reasons, some modern automobiles have come up with pointers that indicate clearly if your system is excessively rich or lean.

What is a Lean Fuel Mixture?

A lean fuel mixture occurs when the concentration of air to fuel is higher than it should be. When the amount of fuel is not enough to produce the ideal ratio, this affects the engine’s optimal operations.

The fuel filter is responsible for ensuring that uncontaminated fuel gets to the engine. Over time, dirt and debris build-up within the filter and causes it to clog or block. A clogged fuel filter hinders fuel flow into the engine; this limits the amount of fuel that reaches the engine. This leads to a lean running condition.

The function of the oxygen sensor is to measure the level of air in the engine. The oxygen then sends the data it has to the vehicle’s computer. The computer adjusts the fuel injection according to the data received for the optimal performance of the engine. A broken or faulty oxygen sensor will send incorrect information, which will consequently be used to adjust the fuel injection. If the engine receives a lower supply of fuel in comparison to the air supply, it will result in a lean fuel mixture.

Important: If you want to save $100s in servicing, diagnosis, and repair costs, improve your car's performance significantly and increase its value by 1.2x with little effort, download our Beginners Auto Maintenence & Repair Manual now.
A faulty fuel pump or a defective fuel pressure regulator limits the pressure in the fuel. Low fuel pressure will limit the amount of fuel flowing into the engine. When this happens, the engine will have insufficient fuel resulting in a lean fuel mixture.

When you have a vacuum leak in your exhaust or engine, air will be let in. If excess air enters the engine, it will disrupt the air to fuel ratio resulting in a lean fuel mixture. Engines have several hoses of different sizes and shapes. These hoses get worn out with time due to continual exposure to extreme heat. This condition eventually wears them out and causes air leaks.

Over time, dirt and debris build-up within the fuel injectors and causes them to clog or block. Clogged or blocked fuel injectors disrupt the flow and limits the amount of fuel that reaches the engine. Inadequate supply of fuel in the engines results in a lean fuel mixture.

When you turn the key in the ignition, the engine may completely refuse to start or only start after several attempts. Lean fuel mixture may lead to the engine to start as there is insufficient fuel in the engine for combustion to occur when you start your engine.

A meager fuel ratio in the engine when the engine is running may hinder the engine’s operations and cause it to cut out or stall.

Nitrous oxide is a toxic greenhouse gas that is very harsh to animal and human health.

The combustion condition is not optimal when the engine has insufficient fuel or foul air to fuel ratio. This can result in a noticeable reduction in fuel economy.

A rich mixture is more common than a lean mixture, but it’s not undoubtedly destructive to the engine. When more fuel is supplied to the engine, the engine runs rich.

Causes of a Rich Mixture

The function of the O2 sensors that are mounted on the exhaust pipe is to detect the air-fuel mixture that was previously combusted. If the 02 sensors detect rich mixture, it sends information to the engine control unit to reduce the fuel supply in the next combustion process and vice verse. A defective 02 sensor can send the wrong information to the engine control unit and consequently cause your engine to run rich.

The MAF sensor’s function is to evaluate the number of fuel that needs to be added by calculating the amount of air getting into the engine. A faulty sensor will give wrong calculations and consequently cause the engine to run too lean or too rich.

The intake temperature sensor is usually placed within the MAF sensor. It measures any extra fuel that needs to be added or constrained basing on the air’s temperature that is getting into the engine. A faulty will give faulty information, which in return will cause the engine to run rich or lean.

You Need to Know This About Your Fuel

if you don’t maintain your fuel system, it can lead to failures such as the one you’re experiencing now. Car parts need to be looked after regularly because they’re constantly working. If you want to prevent problems like this in the future, then you’ll need to make sure that you’re maintaining your car.

If you want to avoid incorrect fuel pressures problems or other issues and save $100s of dollars that you’ll spend at the auto repair shop, you’ll need to service your vehicle often – you can use our mechanic-rated Auto Maintenance and Repair Manual to do this. It’s basically what mechanics use to go through your vehicle to check if there are any problems that need fixing. As soon as they notice the most minor problem, they’ll ask you to fork out some money even though it’s a problem you can fix yourself in minutes – the manual will teach you how to maintain your vehicle every few thousand miles and it’ll teach you how to fix minor problems that mechanics will ask you to pay for; saving you money in the long run.

Symptoms of a Rich Fuel Mixture

The check engine lights will turn on if you have a high fuel to air ratio. Vehicles with an onboard computer will scan error code PO172. Various sensors will send information to the engine control unit that excess fuel is entering the combustion chamber. If you inspect your exhaust gases closely, you will notice that you have more fuel present.

One of the signs of a rich mixture in the engine is reduced mileage as your car does not utilize all the fuel being pumped into it. The fuel is wasted. However, during winter, when the engine is cold, it will need more fuel to start-up, or when your vehicle is carrying heavy loads, the engine will require more fuel to do the heavy work.

For the engine’s optimal performance, the engine has to receive the ideal ratio of air to fuel mixture. Improper ratios cause the engine to perform poorly, RPMs to move erratically, and vibrations from the car. Assumptions that your vehicle will accelerate faster if you have fuel overflow is wrong as excess fuel does not burn.

Carbon monoxide is a harmful exhaust gas that the catalytic converter is strives to get rid of from the exhaust. Rich running engines tend to produce more carbon monoxide gas. This gas is highly harmful to you, especially if you are in a poorly ventilated enclosed room. Having high carbon monoxide will also cost you your state-sanctioned emission test.

Black deposits are accumulated at the bottom of your spark plugs if your engine is running rich. These deposits will prevent your spark plugs from functioning effectively. Further damage will be caused if the soot makes way to other components of the engine. For instance, if it gets to the catalytic converter, the deposits will clog it causing you to replace it.

For the optimal performance of your car engine, the stoichiometric air-fuel ratio is needed. Maintaining the stoichiometric ratio ascertains longevity and quality performance within the components of your vehicle. The surest way to stay on top of your car’s longevity and quality performance is to regularly maintain it as scheduled and do not ignore the warning signs. Fix all issues as soon as you see the warning signs. Ensure your car is at its best shape at all times.