Motorsrun
Home ENGINES What is a Flywheel in a Car? 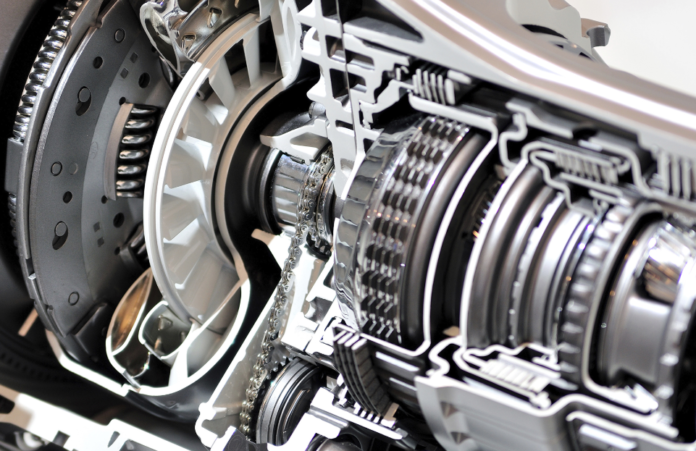 You may have heard of a flywheel in a vehicle’s engine but you’re unaware of what it does and how it helps the vehicle. A flywheel is a machine that stores rotational energy by resisting changes in rotation speed. It’s a heavy disk that’s attached to the rotating shaft in the engine and it’s used to store kinetic energy. Because of how heavy flywheels are, their momentum is very slow so it can’t change rotational speed easily – because of this slow rotational speed, the flywheel helps to keep the rotating shaft at the same speed.

Each time you slow down in a vehicle, your momentum slows down so to pick up speed again, it’ll take some time. This is where a flywheel comes in. Because it’s stored momentum while you’ve been driving, it uses the reserved power to speed up the vehicle again after you’ve slowed down.

Since the momentum built up by a flywheel causes it not to change rotational speed easily, the shaft remains rotating at the same speed. This helps when torque is applied to the shaft changes often. If the torque is uneven, the speed of rotation can be changed easily – this easy change in speed can be slowed down with a flywheel because it resists changes in speed. Uneven torque is usually found in vehicles that use pistons to provide power and a flywheel is used to fix this problem.

What is a Flywheel in Car?

The flywheel is a heavy disk or wheel that’s connected to the crankshaft at the back of the engine using a bolt. The flywheel rotates around the rotating shaft and it takes a lot of force to do this. When the vehicle’s wheel is moving at a high speed, the wheel will continue to spin until you stop putting pressure on the throttle. When the flywheel rotates, it stores a lot of kinetic energy so it can use up that energy to get the vehicle going again when there’s a lack of power from the engine to speed up the vehicle.

For heavier flywheels, once it starts spinning, it gains momentum and once enough momentum is gained, this will help the engine run smoothly. For lighter flywheels, the small momentum built up when they turn is used to help the engine rev faster because less force is needed to accelerate the rotation. Since the momentum is smaller, the RPM won’t remain steady when the clutch is disengaged, or the throttle is changed rapidly. For bigger flywheels, the RPMs will remain steady when the clutch is engaged because of the bigger momentum.

Lighter flywheels are known as performance upgrades because they allow drivers to rev the engine faster and accelerate faster but this is compromised when it comes to changing gears – lighter flywheels are normally found in sports vehicles because of how quick the acceleration can be. For bigger flywheels, the revs and the acceleration won’t be faster in the vehicle but the gear changes will the swift and the change in RPM won’t be so aggressive – you’ll usually find heavy flywheels in big vehicles like SUVs, vans and buses – in these vehicles, RPM changes when changing transmission are barely noticeable.

The amount of energy stored in a flywheel is a function of the weight and the speed of the rotation. Heavier flywheels will rotate faster which means they’ll produce more energy. Lighter flywheels rotate not as fast which means that they store less energy. Another factor that comes in is the radius if the wheel itself. The further away a part of the wheel is from the axis which is the rotation shaft, the more energy it’ll take to rotate.

How Does a Flywheel Work?

However, if the flywheel that’s half its weight was spun twice as fast, it’ll store the same amount of energy. Because of this, flywheels are made using a light material, but they’re spun at high speeds rather than being heavier. If the flywheel is heavier, it can cause damage to other surrounding components. Vehicles that make use of light flywheels are sports vehicles that need to be light weight so they can travel faster.

However, some flywheels need to be big. Since the main purpose of a flywheel is to store energy, flywheels should be built to rotate quickly meaning they’ll have to be big. Bigger flywheels that rotate faster are stored in bigger vehicles since they require more power. For example, buses use flywheels to stop and start the vehicle. When the bus stops and the RPMS reduce e.g. at a traffic light, the rotational energy from the flywheel is transferred to the bus. When it slows down, the flywheel speeds up to help it pick up speed when it wants to speed up again. When the bus starts to drive again, the energy is transferred to the flywheel again so that it can speed up when the bus stops again.

What Does a Flywheel Do?

The flywheel has a big job in the engine and it actually helps to do a few things for a vehicle. They help all types of vehicles similarly and can be helpful in some areas of a vehicle compared to others. They’re found in the engine compartment of most vehicles and you can look at how they help the vehicle to function.

Like many other components in a vehicle, the flywheel helps to start up the engine. The gear in the engines start up motor works with the flywheel as soon as you go past the ignition and turn on the vehicle. The gear helps to turn the flywheel by turning the crankshaft – this starts the compression cycle needed to start up the engine. During this process, the ignition coil send electricity to the spark plugs which ignites the air-fuel mixture to get the cylinders firing. Once the vehicle starts, the gear no longer needs to turn the crankshaft, so it stops to let the flywheel spin freely by itself.

The pistons are offset from the center of the crank shaft so this causes the engine to wobble when the pistons are firing at the awkward position they’re in. Without a present flywheel, the engine will continue to shake side to side and this will be felt by the driver. The wobble and vibration in the engine are suppressed due to a heavy flywheel and this helps to keep the engine stable.

The flywheel’s weight is an adjustment that custom engine builders used to help the performance of their engine. Heavier flywheels allow the engine to work under heavy loads that could’ve suffered due to the constraint. Vehicles that transport heavy loads that put strain on the engine could benefit from a larger flywheel. Vehicles that run at high speeds and don’t use heavy loads will require a light flywheel because the acceleration will be a lot faster. Vehicles with light flywheels struggle at low RPMs and gear changes are really abrupt so it’s difficult to accelerate when the vehicle stops.

Flywheels help to slow down a vehicle like a brake. The flywheel uses up the vehicle’s energy instead of wasting it like a normal brake. Let’s say you’re driving down the street and you want to come to a sudden stop, you would disengage the engine and give it less power, so it starts to slow down. When this happens, the energy in the vehicle is transferred to the flywheel and this helps it to pick up speed and start rotating again. When the vehicles driving again, the energy from the flywheel is given back to the vehicle to help it start up and accelerate.

Advantages of a flywheel in a vehicle are that it’s a simple technology that can be used to help a vehicle move efficiently. In terms of cost and on going maintenance, flywheels are cheap and last a long time compared to its rivals rechargeable batteries. Flywheels are environmentally friendly, and they don’t produce toxic emissions like carbon monoxide. They can work in any climate and aren’t restricted to temperature changes like rechargeable batteries are. Flywheels can get up to speed quickly and it doesn’t require any time to start them up. They’re also very efficient and don’t produce more than 20% waste energy which will be in the form of heat.

The disadvantage of flywheels is that they add a lot of weight to vehicles. Vehicles like the formula one have a flywheel system, and this contributes around 25% of the car’s weight and this is a lot for formula 1 cars – they need to be quick because of their purpose and a flywheel doesn’t help to take any load off. The flywheel also tends to act like a gyroscope so it can restrict changes in direction and the driver can struggle to handle the car when turning. Flywheels also go under a lot of stress when they’re rotating and this can cause them to shatter and explode.