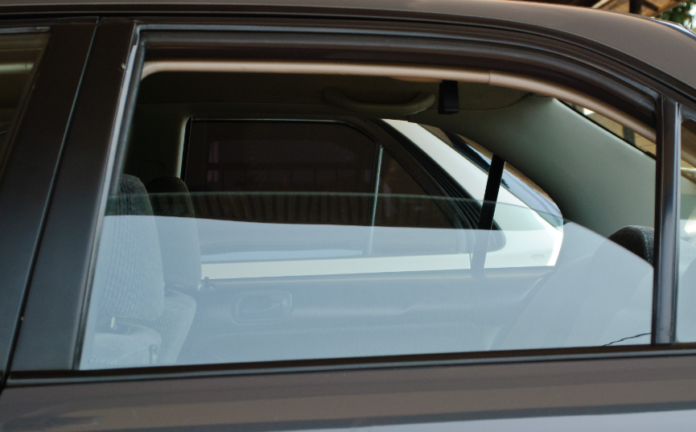 Those fancy power windows are a blessing and a curse. When they’re working, you can control all of the windows in your car with ease. When they’re not working, getting them up and down can be more work than the old cranks. Sometimes, you can’t even get the window to go up and down. If you’re having this kind of issue with your car window, read on to find out what you can do about it.

Power windows changed our driving experience. One press of the button and the window goes up or down with no work. In the early 20th century, the window regulator was operated by the hand crank. However, power assist technologies were being developed during World War II. By the 1970s, the old window crank was history and most cars had a power window regulator for the windows. The advent of a motor that would control the movement of a piece of glass was one of the largest milestones in evolution of the automobile.

The power window comes with a window motor attached to a worm gear. Along with other gears, the motor and worm gear create torque in order to raise the window. The regulator slides into a groove and moves the window. Toggle switches allow all of the windows in the car to be raised or lowered and similarly, the doors can be locked. The power window design is better for people with disabilities, such as arthritis. Parents can control the windows for small children.

Your car window being stuck is no rarity. It is common for the powered parts to fail sometimes. The failure could be for a number of electrical or mechanical reasons. Here are the most common reasons why a car window gets stuck:

Bad window motor – The window motor provides the power needed to raise and lower the window. The motor does the job that we used to do by cranking a window handle either clockwise or counter-clockwise. Each window has a motor with a gear which connects to the regulator. Sometimes, the bearings or brushes in the motor go bad or the windings in the motor wear out. It could be the motor or a bad pulley cable.

Window sticking on track – Sometimes the power window will go part of the way up or down but remains stuck in one position. You may have tried to get it to move by pressing the window power button over and over. The window area will make a clicking sound, which means the motor is fine, there may be something stuck. The window can sometimes get stuck on the track due to just about any type of debris. More friction causes the window to stick which means the track must be lubricated.

Cold Weather – During cold weather seasons, the window glass can become stuck to the frame. If the glass is really stuck, the window and frame can be frozen together and the regulator may not be enough to move the glass. If it gets cold enough for this to happen frequently, the regulator may wear down faster than usual.

Blown fuse – When the power window will not work at all when you press the button, there is no power getting to the window. The lack of power can be for a number of reasons, one reason is a blown fuse. There is a fuse in the fuse box under your dash that is for the window system. If the fuse is blown, none of the windows will work. You will have to replace the fuse and test the windows to see if that was the problem.

Faulty electrical wiring – A series of wires connect the components of the window system. This includes a wire circuit that runs between the switch and the motor along with a ground. These wires can become damaged, worn, or corroded over time. When wires do not send the require voltage, the motors and switches do not work.

You Treat Your Car Like Badly – Most vehicle owners understand that a vehicle must be inspected and serviced from time to time, as referred to as routine maintenance. For those who don’t, the likelihood of problems that cause damage to the window mechanics is extremely high. If the vehicle is not inspected routinely, small problems can escalate to major problems that are much more expensive to fix. This is also true for vehicles which sit for long periods of time.

If you want to avoid window problems or other issues and save $100s of dollars that you’ll spend at the auto repair shop, you’ll need to service your vehicle often – you can use our mechanic-rated Auto Maintenance and Repair Manual to do this. It’s basically what mechanics use to go through your vehicle to check if there are any problems that need fixing. As soon as they notice the most minor problem, they’ll ask you to fork out some money even though it’s a problem you can fix yourself in minutes – the manual will teach you how to maintain your vehicle every few thousand miles and it’ll teach you how to fix minor problems that mechanics will ask you to pay for; saving you money in the long run.

Aside from the window not moving, there are certain symptoms that there is a problem in the power system or the window track. If any of these things look a lot like your problem, no worries, there’s also a fix:

Warning Light – Just as the ECU monitors the other parts in your car, it also monitors the sensors and other parts of the window system. When the window assembly parts are malfunctioning or not working at all, the ECU will activate the check engine light (CEL) and throw the codes in the OBD2 system. You may also see an activated malfunction indicator lamp (MIL) along with OBD2 diagnostic trouble codes (DTC) trouble codes.

Clicking noises when you press the button – If you hear a clicking or grinding sound but the window moves, you know that the motor is getting power, but there is a problem. If you hear the sound but the window does not move, it could be the motor or there is a problem with the alignment of the parts. The contact points on the switch may be dirty, which means they have to be cleaned.

Window is crooked – Car windows that are slanted or drooping indicate that the window parts are misaligned. The adhesive in older car window systems may be weakening. In newer cars, wear and tear or a subpar installation could be behind it. You may have to remove the door trim to get to the window track and fix the problem.

How to Diagnose a Window that’s Stuck

When the car window is stuck in the “down” position, that means the rain, sleet and snow are all coming in. When the window is stuck in the “up” position, the passengers feel as if they’re trapped in. Depending upon the case, fixing the problem can usually be done by removing a blown fuse or removing the door panel. First, find out if and where there is a problem, here are a few things you can do to diagnose a power window that is not working:

Check the fuse -The first thing you want to check if your power window(s) are not working is the fuse. Vehicles made after 1985 use Fuse 4 (30A) for the window motor. You can find the fuse in the fuse box under the dash. If you’re not sure which is for the power window, check your owner’s manual, or there may be a diagram inside the cover of the fuse box. If your vehicle was made before 1985, the fuse will be located in the extra fuse box, Fuse 8 (16A). Once you find the right fuse, examine it to see if it is blown. If it is, you must replace with the same type of fuse. Then check to see if the power window is working.

Check the power relay – Next, if the fuse is not the issue, check the power window relay. If your car was made after 1985, the Central Electric Panel should be on the lower left hand side of the center console. From there, remove the power window relay, jumper terminal 30, and jumper terminal 87. After the jumper is installed, test the window to see if it works. If it does work, the window motor is fine and does not need to be replaced.

Check the power window switch – If the motor is good and the fuse is not blown, it’s time to test your power window switch. You must remove the door panel to access the switch. Once the panel is removed, use a voltimeter or an ohmmeter to test the switch. The two terminals “4” and “5” should have 12VDC readings or something close to there. The other terminals should be less than 1 ohm when the switch is open. Low voltage means that switch may need replacing, and also the motor could be going bad. You will have to remove the door panel to check this problem.

Check the OBD2 codes – When components in your power window system go bad, the computer in your car makes a record of each event. You can use an OBD2 Scanner (view on Amazon) to check the trouble codes that have been thrown about your vehicle. One code that you may get is the U0225 “Lost Communication With Door Motor D” code, which means the Door Window D located inside the door panel and the control modules are not in communication with each other. This is a generic code that suggest you check the window motor and sensors.

Error Code B2312 “Power Window Switch Malfunction” – This code means that the window is stuck due to some inconsistency with the power window regulator motor, the ECU and the regulator. The likely problem is the switch, the Multiples Network Master Switch. There could be an electrical issue or the switch harness could be damaged. The check engine light is also activated when this code is thrown.

Have your car serviced– If you don’t have an OBD2 scanner, or you don’t know how to use one, take your car to a local automotive repair shop. Most car repair shops have computerized tools to perform diagnostics on your vehicle. If you are due for a regular service call, make sure to tell the technician about the window that is not working.