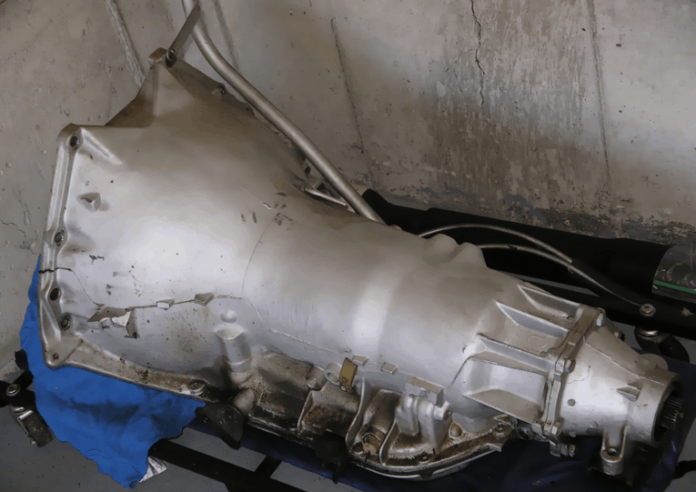 The General Motors (GM) 700r4 transmission, also referred to as the “Turbo Hydra-Matic”, surfaced in 1982 to replace the retired, less durable, 3 speed TH350. The transmission was met with praise in the automotive markets. There was a growing demand for more fuel efficiency and less emissions, and the 700-R4 met the challenge. Fuel consumption decreased by as much as 30% on the highway.

Replacement parts for the 700-R4 were easily accessible in addition to perks like the impressive improvement to fuel economy and cooler operating temperatures. The 700-R4 was one of the best automatic transmission designs in its class and paved the way for more innovative designs as technology evolved.

The two wheel drive models will have a tail housing and the output shaft is longer. The 4 wheel drive output shaft on the 700-R4 stuck out for about 3 inches, which is about 2 inches longer than the shaft in the TH350. To identify the 700-R4, you should also look for the 16 bolts around the transfer case. Another primary distinction between the 700-R4 and the 4L60 is the rear output with four bolts. As mentioned, the three wheel drive model has shorter output shafts and adapter assemblies. One last distinction, the electronic version of the 700-R4 will not have a worm drive.

The 700-R4 was made manufactured with cast aluminum and measures about 23.4 inches long. The transmission weighs about 155 lbs with around 16 bolts and offered a standard V8 90° metric bolt pattern with 4.3 V6. The 700-R4 is compatible with V8 and AMC 16 engines:

The 700-R4 lower first gear ratio is a source of superior performance for low speed. The 30% overdrive is the source of popular fuel economy. The first gear ratio of 3.06 was lower than normal, and provided off road torque and offline acceleration:

The birth of the 700-R4 changed the market for automatic transmissions. The TH350 transmission was less durable and lacked an overdrive gear. The replacement 700r4 was a 4-speed automatic transmission was a bit longer in design, fully equipped with the overhead gear. The model featured a lock-up torque convertor (view on Amazon) that allowed a connection which was direct and non-slip. A TV cable was used as a throttle position sensor for gear shifting. A new model of forward clutch was being manufactured by May 1982, which replaced the roller clutch found on all THM 700r4 transmissions. The longitudinal 700-R4 became an upgrade for many of the older, rear-wheel drive cars.

The change affected several aspects of the transmission:

1. Inner Race – A pressed on flange was added

2. Outer Race – The lube hole positions were changed along with the inside diameter

3. Roller clutch assembly – The assembly was changed to Sprag freewheel with 26 elements

5. Overrun Clutch Hub – A raised area was added to tangs on hub

Some of these changes are discussed in more detail in the next section.

The 700-R4 was used in automobiles between the periods of 1982 – 1993. Many trucks and rear wheel drive automobiles such as the Corvette, Camaro, Jimmy, Suburban, 1/2 ton pickups, S15 and S10 trucks benefitted from a better transmission. Until 1993, the 700-R4 was revised many times. Some of the changes to the engineering design significantly influenced how the current 700-R4 transmission has evolved. The following are only a few of the changes made to the 700-R4 up to 1993:

A new forward sprag clutch was being produced to replace the 700-R4 forward roller clutch. The roller clutch assembly and input sun gear were affected by the change.

In June of 1984, the 700-R4s were designed with new Pump Body and Pump Cover Assemblies with oil dams. The Pump assemblies were added to reduce the number of oil pump fluid leaks. Parts affected were the oil pump body and the oil pump cover.

The 700-R4 upgraded from a 27 spline input shaft to a 30 spline to address the common failure point.

In July of 1986, the electronic speed sensor was introduced to procure highly accurate speed sensor signals for anti-skid braking. The parts that were affected by the change were the Speed Sensor, Output Shaft, and Transmission Case.

In February 1987, a reverse apply package was introduced which changed the Low/Reverse Clutch Pack and the Reverse Input Housing.

In July 1988, the 700-R4 received an upgraded valve body assembly with new 1-2 shift valve lineup and 3-4 throttle valve. The change was made to improve the consistency for 1-2 and 3-4 upshifts and braking at higher speeds during manual downshift. The change affected the 1-2 Shift Valve Line Up, 3-4 Throttle Valve, Number 9 Checkball, and the Spacer Plate and Gaskets.

In 1990, GM coded and renamed all of their transmissions. GM renamed the 700-R4 to a 4L60 suitable for vehicles weighing around 6,000 lbs. The model was still the same as the 700-R4 had been in many ways until more significant changes came in 1993.

In January 1993, all 700-R4 model transmissions were manufactured with a new reverse input housing with square feed hole to replace the .095” round hole. The change affected many aspects of the transmission, especially to the valve body. The hydraulic shifting system in the 4L60 was replaced by electronic controls with a Vehicle Speed Sensor.

The 700-R4 design was not without complication. Despite the awesome design, the 700-R4 has been associated with overheating problems. The overheating has a negative effect on the internal parts under the hood. To remedy the problem, an auxiliary transmission cooler is installed.

Premature reverse input clutch failure was another problem in models between 1987 and 1993 with aluminum reverse input clutch. The problem was believed to be caused by an orifice that was too large in the Feed-Bleed system. One solution was to install a .062 inch orifice cup plug into the rear of the piston.

Another issue with 700-R4 is a broken input shaft. The unit did not respond well to excessive torque, and often times the shaft has broken. To remedy the problem, the number of spline in the shaft was increased.

A stuck governor (view on Amazon) has also been a recurring theme in the 700-R4. This issue was mostly caused by dirty transmission fluid that affected the springs. To remedy the problem, the vehicles were serviced more often.

There have been complaints as to why sometimes the torque converter slips or won’t lock. This occurs because of the converter inside the 700R4. This may be remedied by replacing the transmission fluid and flushing.

The 700-R4 was redesigned as the 4L60 in 1990, and then the 4L60-E. However, many of the most important transmission upgrades were performed by 1987. The 4L60 was also longitudinal, with 4 speed and 6,000 lbs GVW. The major differentiation between the 700-R4 and the 4L60 did not really occur until 1993, when the hydraulic logic shifting system was replaced by an electronic one. This meant that many parts, such as the actuation system, valve body were controlled electronically. The Vehicle Speed Sensor was designed as the feedback sensor.

Today, there is considerable aftermarket support for the 700-R4. The TH350 (view on Amazon) and the 700-R4 (view on Amazon) transmissions are still available in many markets, as well as its parts. Many enthusiasts enjoy working with the 700-R4 due to the pioneering benefits of its design.